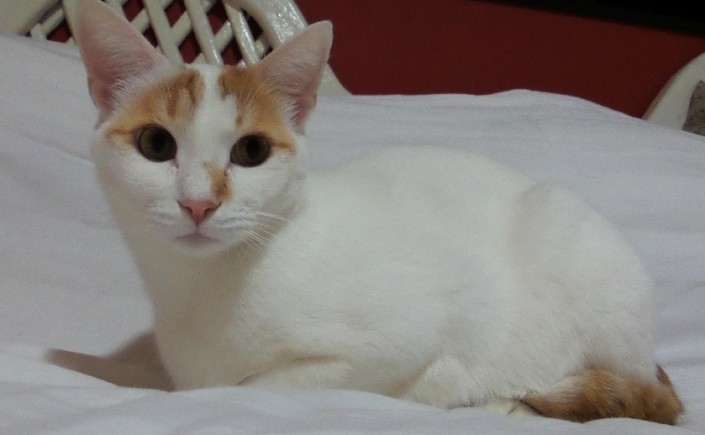 I am a jungle cat and it is my instinct to lie in the grass enjoying the warm sunshine on my back, and perhaps have a nibble or two. However, my cruel humans deny me this right to reign over all I see, and taunt me by providing a glimpse of the great outdoors via something called ‘windows,’ through which I can see and hear nature calling me to conquer it, but cannot escape. 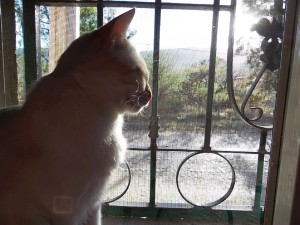 Lancy peeking through the window at his domain.

While it is true that you, like all cats, are master of all you survey, your humans keep you in for safety. You should not chide them, but thank them, and then tell them to make you a nice outdoor run.

Most cats don’t realize it, but there are many dangers lurking outside. Massive zooming objects often squish our furry cousins who roam the outdoors. No matter how many needles you have suffered on your annual vet visits, there are illnesses you may be subject to out there. Some humans take exception to us marking our territory, erroneously thinking that their ‘fences’ and ‘property lines’ somehow make it their territory. Some of these humans can get violent if they catch you pooping in their gardens. So although we are jungle cats, the concrete jungle is not the safest place for us to roam.

Happily, there are measures your human can take to allow you to explore the outdoors, eat grass, and lie in the sunshine in safety: 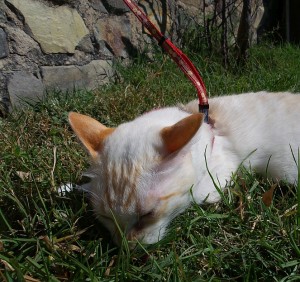 Lancy enjoying a nibble of grass while on his harness.

Like you, Lance is a jungle cat who was plucked from his street domain and forced to live in an apartment. Lance enjoys going outside strapped to his human by a leash and harness. At first, Lance was not impressed by having something wrapped around his neck and chest, but now Lance is so happy for the chance to lie in the sunshine eating grass, that he scampers to the mat and lies down purring for his human to strap him into his harness. Our good friend Snuggy wears his harness all the time, and his leash is attached to a cable outside that spans the length of the yard. On his leash, Snuggy can lie in the sunshine or walk back and forth in the yard. 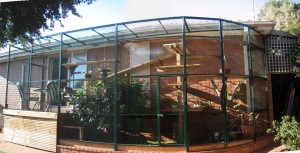 This is a run any cat would be proud to own! It was built by D and L Classic Pet Enclosures in Australia. Click the photo to go to a website all about cat runs!

If your humans have enough money and skills, the right thing to do for you would be build you a cat run. This would cordon off a small area of the yard for you to eat grass in. Some countries have a problem with feral and pet cats eating up all the indigenous birds, to which we say, so what? But if you live in Australia and you have full access to the great outdoors, you may get blamed for nomming up the last survivor of some species or another. A fully-enclosed cat run is a great way to deter these tasty little critters from crossing your path while you’re on the prowl. A cat run can be a complete structure built of wood and chicken wire, an enclosed garden, or a wired-in run along an existing wall or fence. If the entire run is covered in wire, you won’t be able to leave and other creatures will not be able to get in, either. Just have your humans check the perimeter periodically for wear. 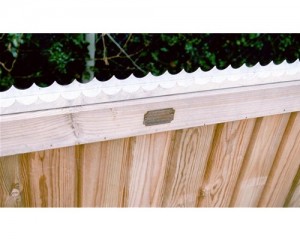 A security fence-topper can discourage kitties from climbing out as well as robbers from climbing in. This one comes from Jackson’s Fencing in the UK. Click the photo to go to their website.

If your humans really love you, they will build a high fence around their entire yard so you can play freely. A metal fence is best, because you will not be able to scale it as easily as a wooden fence. Make sure there are no trees or furnishings near the fence that would allow you to climb out. There are things your humans can stick along the top of an existing fence to discourage you from climbing over, too, such as spikes or rollers. Some places require your humans to put up warnings if there are spikes at the top of the fence. That’s so a would-be robber won’t get hurt trying to climb into your yard and steal stuff and then sue your humans. Make sure your humans pay attention to local laws and regulations before putting up or adding to fencing.

Whatever method your humans choose, it is a good idea for a human to stay with you when you are playing outdoors, at least the first few times. Most of us cats are Hairy Houdinis who can find and execute escape from any harness or enclosure. After all the money and time spent ensuring your safety, you don’t want to end up prey to one of those zooming metal things humans are so fond of. 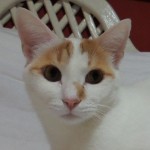 Have a question about cat life? Ask Baker. 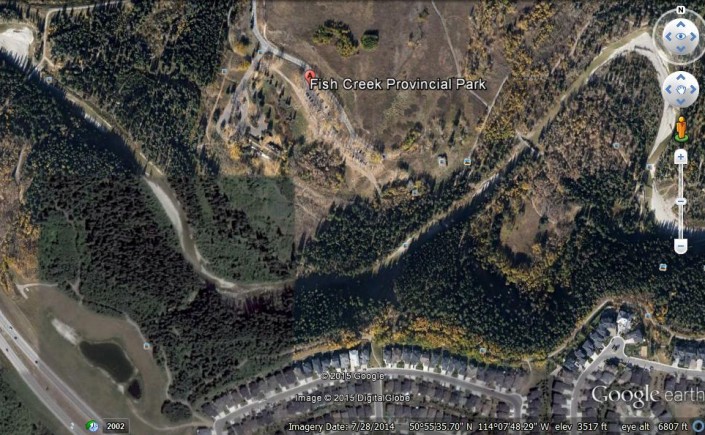 Spot the Kitty fans Penny and Kelly Borrowman of Calgary, Alberta, Canada did some wild kitty spotting in early September.

Can you spot the kitty in this picture? 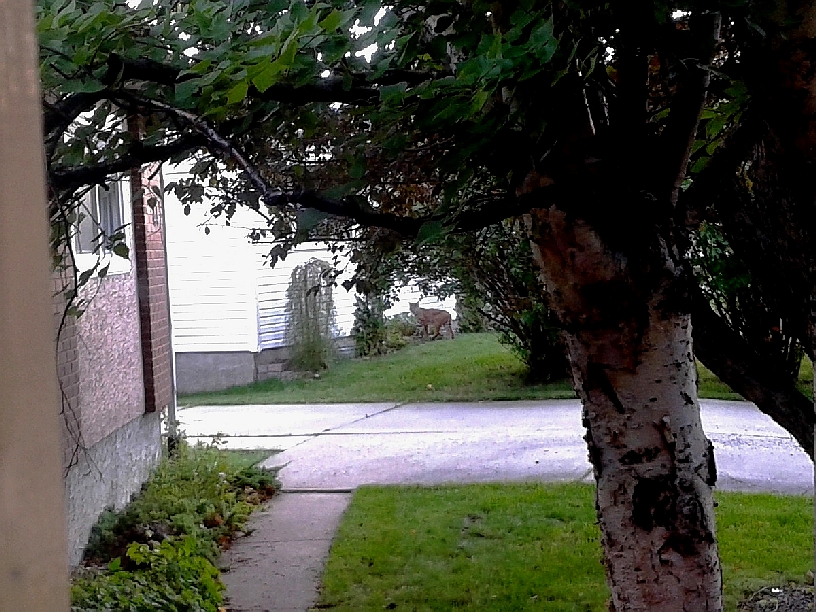 The Borrowmans have not decided whether to call their visitor Bobcat Stanfield or Bobcat Marley. Which do you think is the better name for this sweet wild kitty? 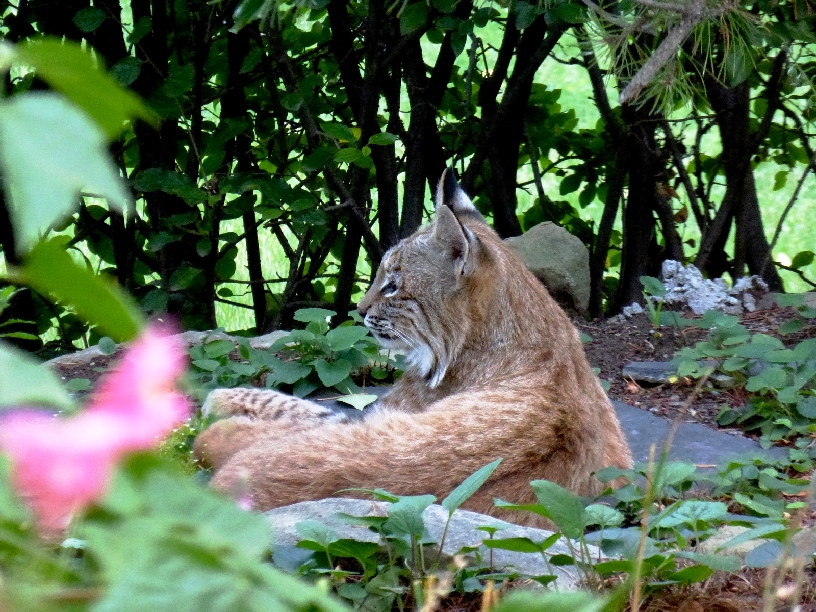 Here’s a close up of Bobcat Stanfield relaxing in the lovely back garden. 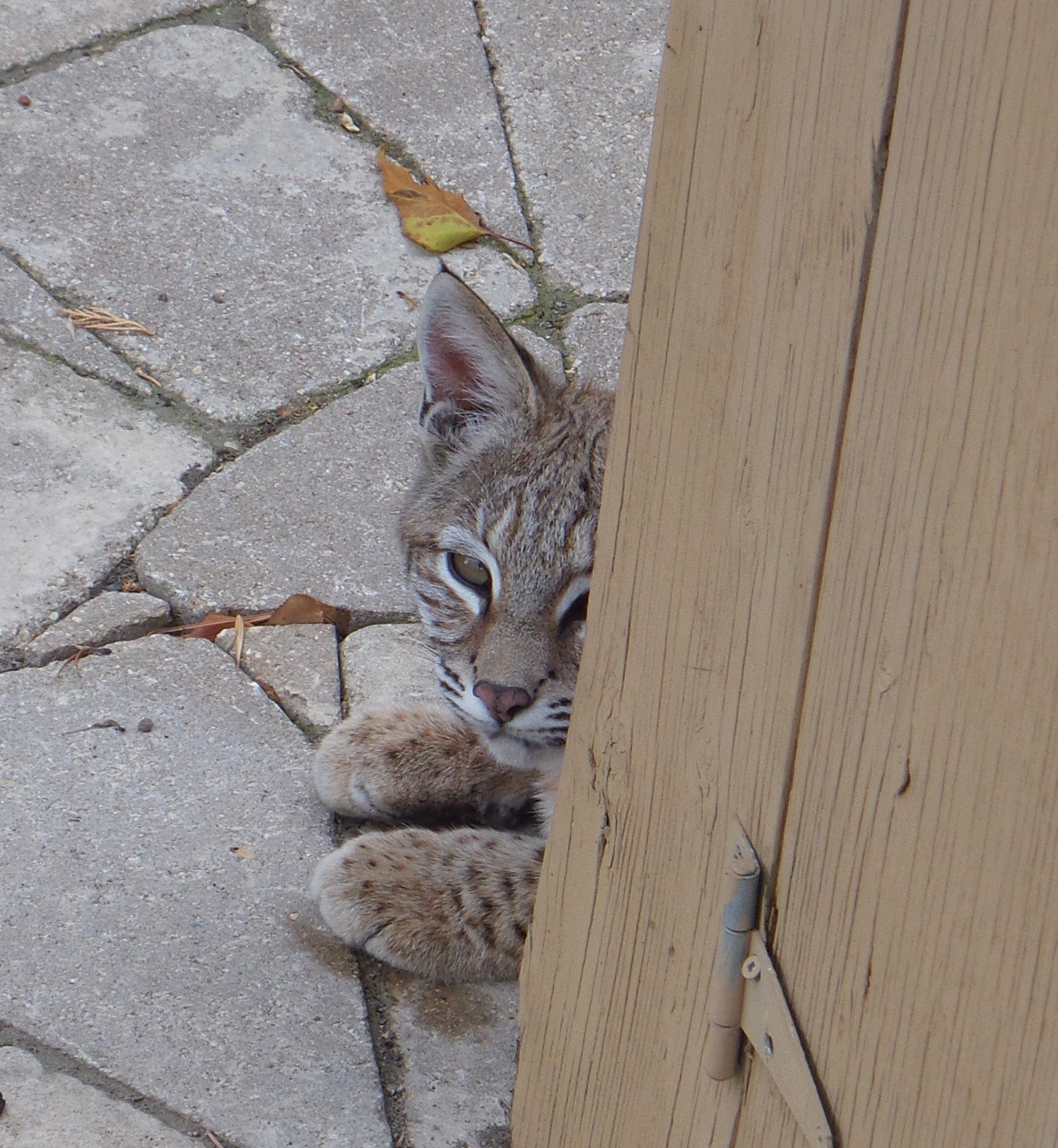 This little bobcat has been stalking squirrels and jack rabbits in city yards and parks in South West Calgary, Alberta, Canada. 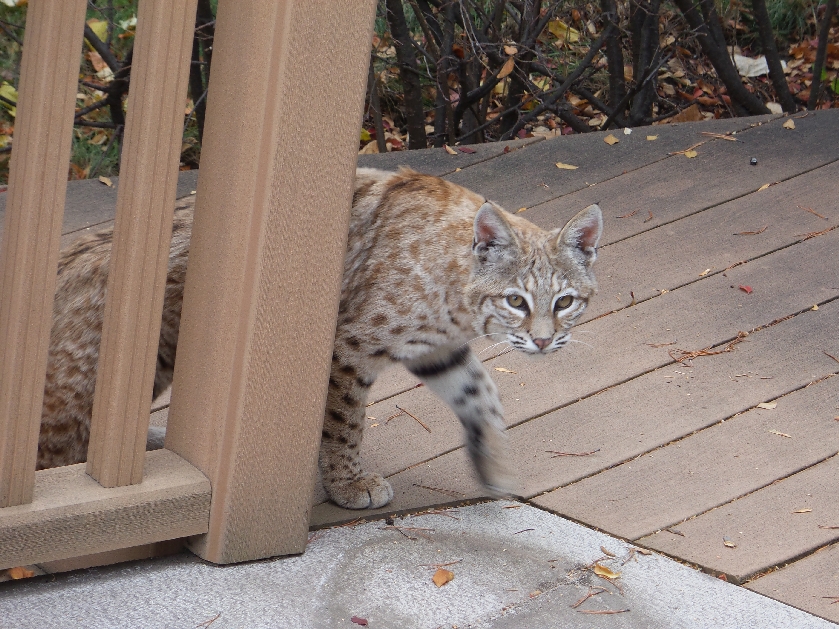 Here Bobcat Marley poses for the camera before going to the next yard on his squirrel hunt.

Don’t you just want to go out and cuddle this guy? Bobcats are not dangerous, but they’re not cuddly pets, either. This area of the city is very close to a provincial park where deer, ospreys, and other wild animals live. The Borrowmans did the right thing by just taking pictures and otherwise leaving their guest alone to enjoy their garden. Hopefully he had such a nice visit that he’ll be back again shortly!

Have you spotted any interesting kitties in your neighbourhood? Has your kitty found an unusual place to hide? Please send your story with photos and you might be featured on Spot the Kitty! Spot the Kitty’s email address is bakerandlance@gmail.com.