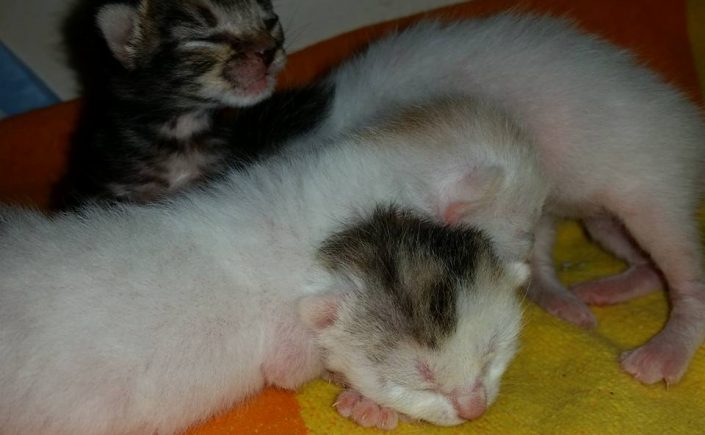 In cat news today, we bring you the story of Topper, a neutered male cat who recently gave birth to four surprise babies.

Topper’s human, Cher, says Topper has the paperwork to prove that he was neutered five years ago: “I have his neuter certificate saying he was neutered. I also have all his records saying he’s a he.” (from Cher’s Facebook page.)

Despite being a neutered male cat, on February 9th, 2017, Topper gave birth to his first litter. The kittens’ names are Shocky, Stunning, Surprise, and WTF.

Topper and his kittens; source

Topper’s human Cher reports that the kittens are growing and healthy. Cher is an active proponent of spaying and neutering pets in her community in Arizona. When asked about the work she does there, she said, “I believe the only way to be a no kill Arizona is thru education of spay and neuter. Spay one female and that is 6,700 less dogs that her and her offspring bring into the world in time.”

Spot the Kitty correspondent Lancy Pants has contacted Topper for his comments on this miraculous story. Come back to Spot the Kitty for updates soon! Meanwhile, enjoy this video montage of Topper’s little sweethearts: