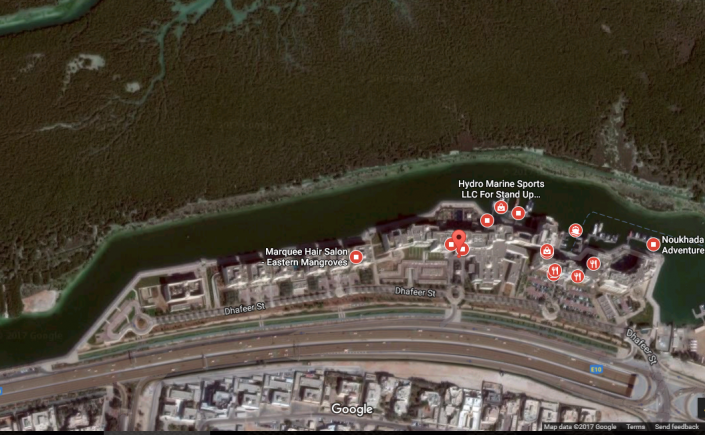 Kitty spotting in the desert is never easy. Smart desert kitties find somewhere cool to hide out during the day and sneak around stalking prey during the cooler nights. Here at the Eastern Mangroves Marina, somebody was thoughtful enough to put out a pile of delicious kibble for the local kitties. 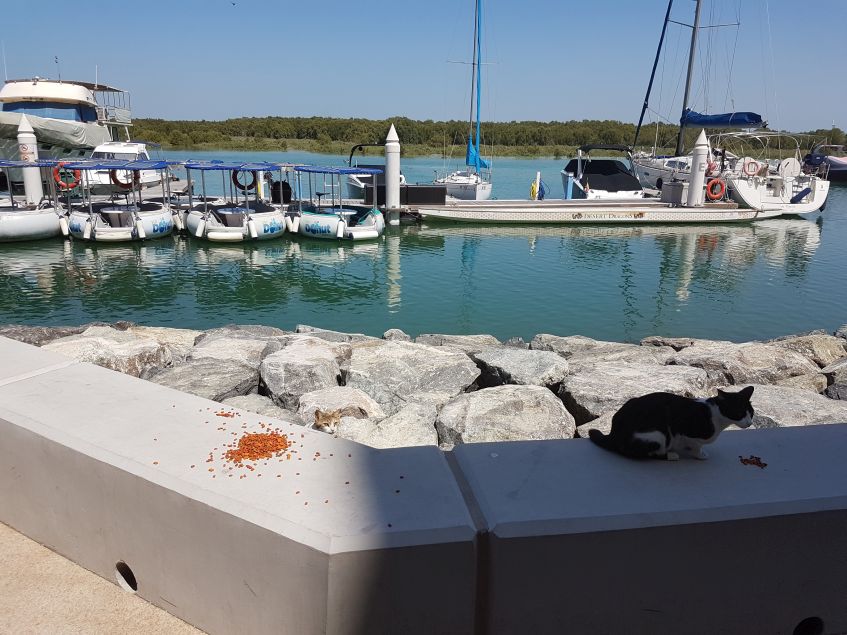 Can you spot two kitties having an afternoon snack in Abu Dhabi East Mangroves Marina?

Abu Dhabi is the capital city of the United Arab Emirates, and it is the second most populated city in the UAE after Dubai. That’s human population; we don’t know the statistics on kitties. It is a nice place to live for both humans and kitties, especially in the area around the East Mangroves Marina, where we spotted these two. 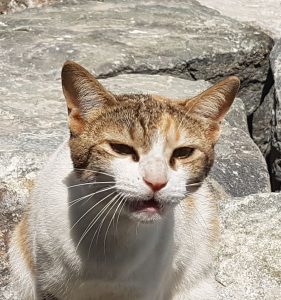 This kitty had a few words to say. Don’t worry, kitty; we’re not here for the kibble! 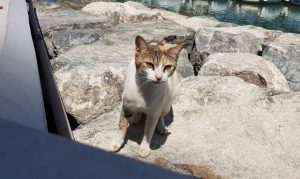 Did you have any trouble spotting this kitty? The second Abu Dhabi kitty spotted us first, and came over for a little bit of a scritch. 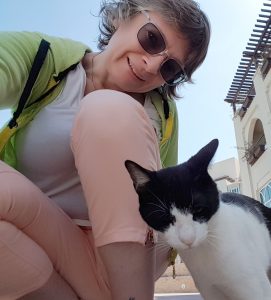 It’s nice to meet you, kitty! 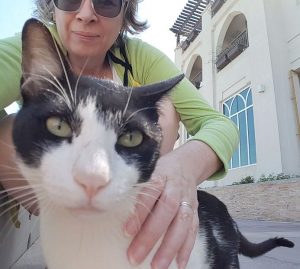 This kitty wanted to take a selfie with me!

Cat Life in the UAE

In the United Arab Emirates, the official language is Arabic, but there are so many foreigners here for work and travel that everyone speaks English. The Emirates are officially Islamic, which is great news for kitties, because Muslims follow the Prophet’s teaching to take great care of and lovingly look after pets, especially cats.